November 09, 2019, 06:32:32 PM
I just had a look and he looks like he's playing decently well this year for the Marlies.  Any chance we see this guy come up this season?  He seems to be taking kind of long to develop and he kind of seems like a bit of a bust thus far.  He's certainly not what I was expecting.  Mind you the Leafs do get quite a bit of media hype and attention.  Thoughts?
#2

Main Leafs Hockey Talk / Petan and Marincin are on waivers

Losing Petan in particular for sweet nothing seems like a real shame to me.
#3

January 15, 2019, 10:52:10 AM
I know it's early but I'm wondering what the Leafs are going to do this season.  I have a feeling they might go all in, depending on their injury situation and also how well they are playing down the stretch.  Any ideas?  There has been speculation of trading Nylander or someone of his ilk for some improved defense.  I keep hearing Wayne Simmonds' name mentioned in the media.  He's a winger though.  It doesn't make sense to me.  I've also heard Kapanen's name mentioned in trade rumors.  I would personally much rather have Johnsson and Kapanen both instead of Nylander.  If Kapanen goes in particular I'm not going to be happy about it.  He has been the biggest success story on the Leafs this season IMO.

Thoughts?  Rumors?  Some of you guys read that paywall Athletic site, right?
#5

QuoteA mysterious cigar-shaped object spotted tumbling through our solar system last year may have been an alien spacecraft sent to investigate Earth, astronomers from Harvard University have suggested.

This may be related to this:

I'm a believer, personally.  I think this is the real deal.  The acceleration as it left the solar system was the real red flag for me.  The lack of a comet tail or comet features also.
#6

Leafs Rumours & Speculation / Is a trade brewing with the New York Rangers?

So Dubas was in New York to scout the Rangers versus the Calgary Flames.  And the Rangers had scouts in Toronto when we played Pittsburgh.  Hmm.
#7

Who do you guys think Vegas will take?  I'm a bit concerned because the Leafs have a lot of highly skilled young players.  I have a feeling Vegas is going to be very interested in some of our players.
#8

February 26, 2017, 09:15:30 PM
So guys the NHL trade deadline is coming up on Wednesday at 3pm.  What do you guys think the Leafs are going to do?  They have $15 million in cap space apparently.  That would give them room for multiple high priced rentals, plus they do have the prospect capital to get some deals done.  I'm on the fence on this one.  I actually think they have a legitimate shot of doing some damage in the playoffs.  I wouldn't be surprised to see them win round one and there is always a chance that they could even go further than that.  I look at what happened in Edmonton when they traded for some defense and I really see an opportunity here for the Leafs at the right price.

The rumor right now is that they are talking to Detroit about a couple of guys who are under-performing, but played well under Babcock.  We will see what happens.  I have complete faith in the management team at this point.
#9

- Phil Kessel - the Leafs are paying Pittsburgh a portion of his salarly, $1-2 million per season, IIRC

There could be more.  Those are just the ones I remember.  Are any of them coming off the books soon?  Next season maybe?  Some cap space to sign some good defensemen and a backup goalie would be nice.  And then hopefully they won't make any more boneheaded moves going forward. :)
#10

Too bad. I always liked him and I think he would do well as a third or fourth liner. He always has had decent point production. Hopefully the Leafs can trade him and at least get something for him. I'm guessing Babcock doesn't like him for some reason. Perhaps he is a defensive liability.
#11

March 08, 2016, 08:16:33 PM
I'm just creating this thread to keep an eye on James Reimer.  He looks like he didn't have a great début against Vancouver over the weekend.  It will be interesting to see how he does and where he winds up signing.  There was an article about him this week where he flat out denied the $6 million contract rumour and he said he would be open to signing anywhere.  The article speculated that Calgary would be a good fit.

I wish nothing but the best for the guy!  I always really liked him as a Leaf.  He was inconsistent but when he was on he was a really great goalie.
#12

Main Leafs Hockey Talk / Nylander is (possibly) getting called up

This is a really stupid move IMO.  It burns a year off his entry level contract plus it works against the tank.  Not only that but he is a small player and he's likely to get hurt or concussed again.
#13

This is good for the tank. This is looking like a lost season for the Leafs.
#15

June 04, 2015, 09:46:53 PM
I see other threads involving Nonis and Babcock but I think we need a thread dedicated to the Leafs search for a new GM.  It's becoming quite urgent because the draft is fast approaching and the Leafs are reportedly going to do a "scorched earth" rebuild this summer, hopefully trading anyone somewhat useful like Kessel and Phaeuf away for draft picks.

I have really heard next to nothing about who they might get.  What do you guys think?  Is anyone good even available?
#16

He was saying that the Leafs may be about to sign Steve Stamkos.

I assume he heard this somewhere in the media.

Anyhow I just thought I would throw that one out there.  Enjoy. :)
#17

January 20, 2015, 08:10:20 PM
I'm making this thread out of frustration due to the current shape of the Leafs. My family has season's tickets to the Jays and I have to admit that I'm somewhat intrigued by the moves they have made this off season.

There is talk that they might be getting Shields which would be very exciting if they can land him.

It's a shame about the Leafs but at least we have the Jays to talk about now.
#18

January 20, 2015, 06:29:27 PM
The current leafs team SUCKS! I have joined the tank nation. I encourage all of you to join me. I can no longer support this team until they make major changes and hopefully get a top 5 pick in the draft.

Some of you are saying that the current stretch has been due to bad luck but I day bollocks to all of that nonsense.

I could see us getting a nice return from Edmonton. I think his salary is very reasonable though.
#20

March 22, 2014, 02:23:43 PM
He has done great damage to the franchise even though he has done very little. Signing Clarkson and buying out grabovski is bad enough on its own. Then you can add in letting MacArthur go and the bernier trade. The only deal I like is the trade for Peter Holland. The bernier deal is ok, but scrivens may be better.
#21 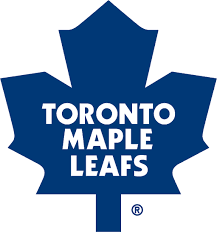 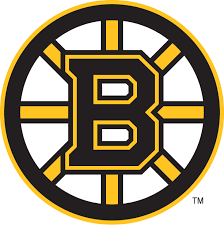 For Boston, Thornton is out 7-10 weeks with a concussion.  Vanek is hot; he had a hat trick and two assists a few days ago against the Buffalo Sabres.

The Leafs are playing well lately with two wins in a row.  Reimer appears to be re-gaining his pre-concussion form, and players like Kadri and Frattin have been on fire, outperforming Toronto's top line.

Phil Kessel is always the big story whenever the Leafs play Boston.  I find that he has yet to really step up and play a really solid game against them, whereas players like Rask and Seguin have really come back to haunt the Leafs.  Kessel has yet to score this season, but he has more shots per game than anyone else in the league and he has been playing extremely well both offensively and defensively.

Boston is a beast of a team and this game will probably be the Leafs' toughest challenge thus far.  They do not match up well with Boston, and there is a lot of history and animosity due to the Kessel trade and the Tukka Rask fiasco.

I have pre-emptively created this thread so that Guru Tugginmypuddah cannot create one and make a mess of it.

I understand if the mods need to lock or delete this.  Just please do not let Guru Tugginmypuddah create the game day thread.  If he creates a one line thread again please vacation him or even ban him I don't care.  :o
#23

The Leafs have been bad and Burke is doing nothing about it.  No trades, no signings.  He's turning out to be a really bad GM.  He's not paid to do nothing.  I realize he's got a lot he's dealing with in his personal life but really perhaps he should be let go to give him the time he needs to grieve the loss of his son.  Give him a nice package and find someone new.  I was willing to give Burke another season but he's done *nothing* so I'm done with him now.  He needs to go ASAP.
#24

Main Leafs Hockey Talk / How does this year's draft look?

Wasn't Schenn a 5th overall pick?  Because that's where the Leafs sit right now - they are the 5th worst team in the NHL.

Is the draft deep this year?  If they can get someone as good as Schenn I'll be quite pleased.
#25

Main Leafs Hockey Talk / Where is Kadri and what's going on with his development?